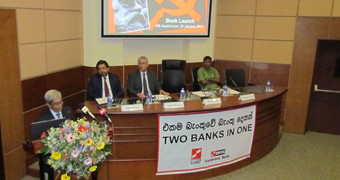 The Book Launch of ‘Marx’s Theory of Price and Its Modern Rivals’ by Howard Nicholas, Published by Palgrave, Macmillan, 2011, took place on the 20th January, 2012, at the IPS Auditorium. The welcome address was delivered by Dr Saman Kelegama, Executive Director, while the author of the book, Dr. Howard Nicholas gave an introduction to the book. Remarks on the book was made by Prof. W. D. Lakshman, Chairman, IPS. The Book was reviewed by Prof. Sumanasiri Liyanage, Associate Professor of Economics, Department of Economics & Statistics, University of Peradeniya. Many distinguished guests were present at this occasion.

After the Book Launch, a portrait of Dr. Howard Nicholas was unveiled by the Chairman of the IPS at the IPS Conference Room.

Dr. Howard Nicholas was the first Resident Coordinator (representing the Institute of Social Studies [ISS], The Hague, Netherlands – the Coordinator of the Sri Lanka – Netherlands Technical Cooperation Project) at the IPS. He assisted the IPS project under the Ministry of Finance & Planning during 1985 to 1988, establishing the Institute under an Act of Parliament in 1988, coordinating the formal operation as an autonomous body in 1989 and gazetting the IPS in 1990. He served as the Resident Coordinator for a six year period: 1985 – 1991. His main research work at the IPS was in inflation, which was published under the IPS Macroeconomic Research Series in 1991. Currently, he serves as a Senior Lecturer at the Department of Economics, at the ISS. 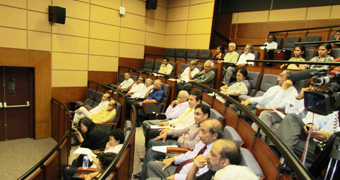 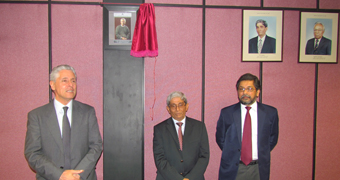 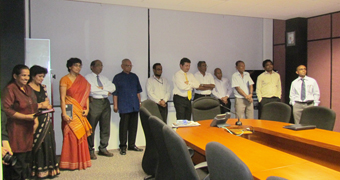