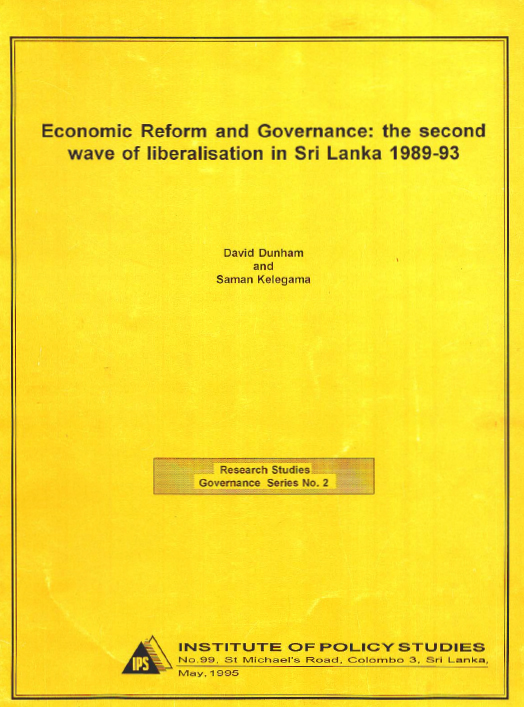 Sri Lanka, with commendable enthusiasm, embarked on a process of administrative reforms in 1986 with the constitution of a Presidential Administrative Reforms Committee (ARC). It was launched because the reform of the administrative system was recognised and accepted as an essential underpinning for the process of change, which was on course, in the 1980s, in the economy, polity and the society. The then existing administrative system – designed, structured and staffed to serve the needs of a centralised polity directing an administered economy – was proving itself unable to cope with the emerging demands of a decentralised polity seeking to serve the needs of a market economy.

Despite the considerable interest shown, both by the government and by the public service, in the work of the ARC and its series of ten reports, the will appears to have waned when it came to the implementation of the recommendations. If Sri Lanka is to consistently advance towards a market economy and a decentralised polity, the interrupted process of administrative reform must be resumed and implemented. If not, the continuing mismatch between the administrative system and the demands of the market economy and the decentralised polity will lead to a major systemic breakdown. Whilst recognising the need to resume the reform process, it is also necessary to recognise that the political, economic and social environment within which the administrative system functions and its reforms have to be launched has further evolved since the ARC completed its work five years ago.

This makes it important to assess the changes which have occurred and to modify the original ARC recommendations, where necessary, so that the reactivated reform process: would be directly relevant to the emerging situation. It is also appropriate to examine what contributed to the inertia in the implementation of the ARC recommendations. Such lessons of experience, when built into the new process, would facilitate the smoother implementation of the reforms in the future. This study seeks to carry out these twin tasks. It is hoped that this would contribute to the reactivation of a programme of administrative improvement and reform. The key elements of the reactivated programme of administrative reform and restructuring are presented at the outset itself, in order that attention is adequately focussed on the content of the required programme. These elements would be drawn both from the recommendations of the original ARC as well as from the compulsions of the current and likely changes in the economy, the polity and the society.