A Visit by a Delegation of the China Development Institute (CDI)

A delegation from the China Development Institute (CDI), a think tank based in Shenzhen, Guangdong Province, visited the IPS and met with Dr. Saman Kelegama, Executive Director and Dr. Janaka Wijayasiri, Head of the International Economic Unit of the IPS. The meeting discussed the economic situation in the country, current trade and investment policies of Sri Lanka including trade agreements/negotiations with India, China and Singapore and how they could be leveraged in the proposed Hambantota SEZ.  The delegation was led by Qu Jian, Vice President of CDI and the meeting was attended by Thilan Wijesinghe of TWCorp and former Director-General BOI. 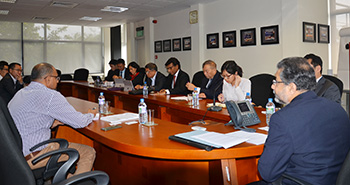 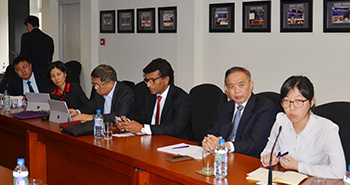